There’s going to be over 100 retailers taking part in Black Friday for UK shoppers, so this list below is aimed at helping you shop the

2022 Black Friday deals that matter at the best stores. Most of the sales will run over the weekend and until Cyber Monday.

Let’s jump straight in, below is our list of the BEST retailers covering almost every type of product. You will find PS4 Black Friday Deals in the 2022 event, also Nintendo Switch, Laptops, Washing Machines, 4K TVs, iPad and Android Tablets, and more!

→ The Works Black Friday 2022 Deals ← Known for amazing gifts, you’ll find a diverse range of products on The Works during their Black Friday sale once it’s live. Books, Arts and Crafts, Gifts and Toys will be included.

→ M&M Direct Black Friday 2022 Deals ← Trainers, Shoes and Clothes in the Big Brands you’ll love. M&M Direct BF deals will run over a week event, as featured on their hub once the week-long event goes live.

→ Tesco Black Friday 2022 Deals ← You’ll find the deals live from 20th November, which then continue over the weekend up until Cyber Monday 2022. One of the most popular sales, everything from 4K TVs to PS4 and Xbox One consoles, printers to home appliances will be included. 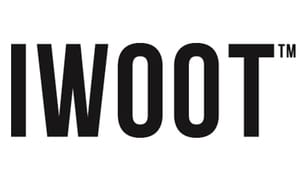 → IWOOT Black Friday 2022 Deals ← There’s a huge range of unique gifts found on I Want One Of Those, and we expect lots of offers during the event this November. The start time is just after midnight this Black Friday, with Homeware, Tech, and Gifts included. 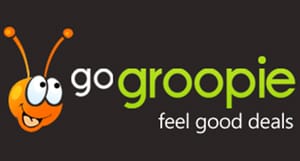 → Go Groopie Black Friday 2022 Deals ← This website is a slightly different setup thanks to redeeming a voucher, although if you’ve used Wowcher or Groupon, then you’ll know how it works. Everything from laptops to camera, toys to unicorn gifts for Christmas to be featured.

→ Cloggs Black Friday 2022 Deals ← Shoes, Trainers and more will be in this Black Friday sale. Discounts on New Balance, UGGs, and the best brands at prices lower than the rest of the year. Normally, you’ll see countdown deals leading up to the big day.

→ Amazon Black Friday 2022 Deals ← This year Amazon started their countdown deals on 15th November, although this mainly focused on Amazon devices like the new Echo Speaker and Dot. A couple of days later Fire 7 Kids Tablet and Fire HD 8 Kids tablet receive a price drop, with the full event kicking off 00:01am on the 17th. 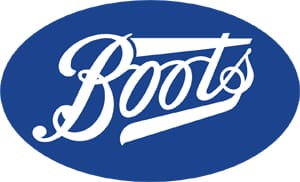 → Boots Black Friday 2022 Deals ← While the main event won’t start until 24th November, Boots have offered some amazing Star Gifts each Thursday and Friday leading up to Christmas. They do this every year, although expect a special Star Gift for Black Friday 2022 and other offers focused around gifts.

Other popular retailers and brands taking part in Black Friday 2022:

These sales will be linked as they go live, so keep checking back to see what retailers have started their Black Friday deals.

*Identifying Monetised Links - outgoing links that we monetise are marked with an '*' symbol.

Prices, deals and other information valid when last updated on 6th January, 2020.

Warning: getimagesize(/home/customer/www/moneysaveronline.co.uk/public_html/wp-content/uploads/2019/12/lion-king.jpg): failed to open stream: No such file or directory in /home/customer/www/moneysaveronline.co.uk/public_html/wp-content/plugins/same-category-posts/same-category-posts.php on line 190

Page load link
Manage Cookie Consent
To provide the best experiences, we use technologies like cookies to store and/or access device information. Consenting to these technologies will allow us to process data such as browsing behaviour or unique IDs on this site. Not consenting or withdrawing consent, may adversely affect certain features and functions.
Manage options Manage services Manage vendors Read more about these purposes
View preferences
{title} {title} {title}
Go to Top